In July 1936, Alec Wainman was a young man of 23 full of ideals, a pacifist, a Quaker and apolitical. Distraught by the situation developing in Spain, where the Nationalists had risen up against the Spanish Republic, he signed up as a volunteer with the British Medical Unit (BMU), a step that marked the start of a two-year, life-defining journey. He arrived on 31 August in the Spanish Republic to support the people who symbolised hope for the world due to their resistance to the fascist military coup. With him he had his trusted companion, his Leica camera, which bore witness to those people and their experiences. A gifted linguist, he soon learned to speak fluent Spanish, Catalan and Basque, a skill that was not only useful but also bonded him with these peoples.

As in the case of Robert Capa, Gerda Taro and David Seymour’s Mexican Suitcase and Agustí Centelles’ ‘French Suitcase’, Alec Wainman’s ‘English Suitcase’ is also a tale of a lost suitcase.

Eighty years after the International Brigades’ withdrawal and the end of the war, this exhibition aims to commemorate the civilians and volunteers who came from all over the world to fight for the Republic before they fade from our collective memory. The photographs, the result of a 40-year-long quest to recover 1,650 lost negatives of that period, reveal and illustrate their stories.

History of the collection 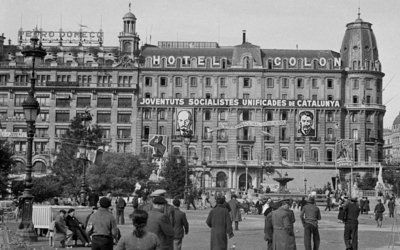 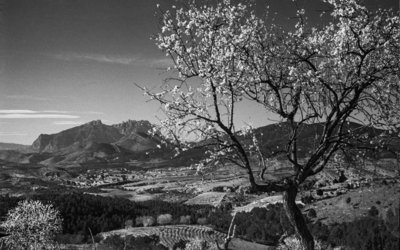 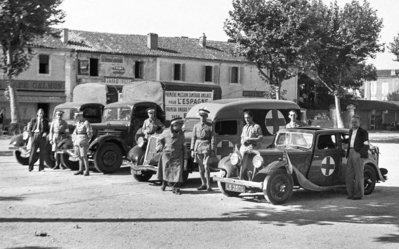 Worldwide solidarity during the Civil War

The Popular Front coalition (republicans and socialists supported by other left-wing sectors) wins the general elections. Afterwards, riots break out and the political panorama becomes polarised.

A Nationalist armed uprising, led by General Franco and General Mola and supported by the political right-wing opposed to the Spanish Republic, leads to the outbreak of the Civil War. Apart from in the Basque Country, the upper echelons of the Catholic Church side with the rebellion.

The Moroccan corps of the Spanish army, well-trained combat forces, back the uprising against the militia loyal to the Spanish Republic, which is unarmed and unprepared. Nazi Germany and fascist Italy contribute significantly to the Nationalist cause by providing military aid throughout the entire conflict, the precursor of the Second World War. The war in Spain marks the start of total war, a transition from the trench warfare of the First World War to the ‘modern’ warfare of the Second World War, in which aerial bombardments and tanks dominate.

The photojournalists Robert Capa, from Hungary, and Gerda Taro, from Germany, leave Paris and head for Spain to support the antifascist cause of the Spanish Republic.

The British Medical Unit (BMU) is among the first to intervene, followed by some 5,000 international humanitarian volunteers, who come to help the public health system on the Republican side, which has few nurses and has lost many doctors to the Nationalist side.

The first international military volunteers arrive to defend the Spanish Republic. There are more than 40,000 of them in total from 50 countries.

In the early stages of the conflict, the Spanish Republic receives aid from the Soviet Union. Though not full aid, it helps the Republic to hold out against the Nationalists. Mexico gives its support to the Republican government throughout the war and takes in a large proportion of the refugees.

Madrid is attacked and bombarded by the Nationalists aided by the Condor Legion, which turns international public opinion in favour of the Republic. The International Brigades launch a worldwide recruitment drive, run mainly by the Communist International, in a bid to defend the Spanish Republic.

The residents of Madrid and the International Brigades mount a heroic defence of the city to the cry of “¡No pasarán!” (They shall not pass!).

The Lincoln Battalion – the American International Brigade volunteers – and the writers Martha Gellhorn and Ernest Hemingway, arrive in Spain to support the Spanish Republic.

Dr. Norman Bethune and his Canadian Blood Transfusion Unit, in collaboration with Dr. Reginald Saxton of the BMU, make medical history by performing blood transfusions with the aid of refrigerated trucks. These units help the Spanish Republic to maintain a front that extends for a thousand kilometres.

The Condor Legion bombs Guernica, a historic town in the Basque Country, an event depicted by Pablo Picasso in his famous painting of the same name. International opinion is mobilised against the fascist aggression. Following the bombardment, approximately 4,000 children are transported to Britain on board the Habana steamship, accompanied by Leah Manning, a co-founder of the BMU. Some 400 of these children will remain in the United Kingdom when the Spanish Civil War ends. These children are among the 34,000 youngsters evacuated to Europe and Mexico during the war.

In Barcelona, conflict breaks out between the various factions of the Republican Popular Front government, followed by a wave of political repression and persecution of the anarchists.

The Nationalists’ victory at the Battle of the Ebro proves decisive, with a Republican Spain divided in two, with Catalonia to the north and the area from Madrid to Valencia in the centre.

The international volunteers are sent home, Many of them, from dictatorial countries such as Austria, Germany, Italy, Hungary and the Soviet Union, end up in concentration camps.

The better part of half a million exiles cross France during the withdrawal that follows the defeat of the Spanish Republic. Many of them are interned in makeshift camps with very poor sanitary conditions.

General Franco’s absolute victory is declared. He then establishes a single-party regime with himself as president for life and makes Catholicism the state religion.

It is estimated that by that time, half a million Spanish homes had been destroyed.

In three years, a million people died a violent death and half a million had to go into exile.